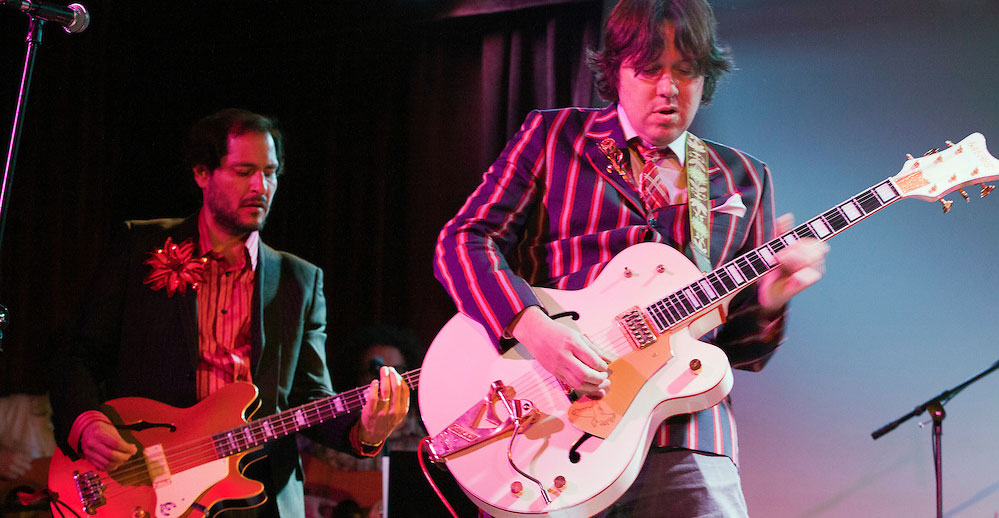 Valley Lodge is the best rock band basically. You might know them from their wildly popular song "Go," which serves as the theme song to HBO's "Last Week Tonight with John Oliver."

They sound kind of like Cheap Trick, T. Rex, Big Star, Raspberries, Thin Lizzy, Matthew Sweet, Slade, the Kinks, and probably a bunch of other stuff too. It's power pop meets pop rock meets your best friend's parents going out of town when you are sixteen and think that they won't notice if you threw a pool party. Oh, and it's 1978 and you are hooked on glue.

Valley Lodge has recorded three albums and are currently recording their fourth incredible album. When not recording hot rock albums, the band has found time to tour Japan, where they are considered geniuses, and also serve as the house band for Triumph the Insult Comic Dog at the Bonnaroo Music Festival. Additionally, the band's music has appeared in such popular television programs as "Raising Hope," "Cougar Town," "Camp," and more.

It is worth noting that all of these programs have been cancelled. Valley Lodge's music has also been featured in television commercials for GMC Trucks and Sonic, the popular hamburger restaurant, an incident that has left the members of the band rich beyond their wildest dreams. Valley Lodge puts on public displays of their patented live rock assault several times a year.

If you would like to have them play at your club, house, teambuilding seminar, or somewhere else, please get in touch via the contact page and a representative will probably get back to you. Also, if you are interesting in licensing the band's music for something or another, you should totally do that.